The Embassy of Nepal, Doha celebrated National Day of Nepal amid a programme organized at Al-Masa Ballroom, Hotel Holiday Inn, Doha. The National Day ceremony began with playing of national anthems of both the State of Qatar and Nepal. His Excellency Prof. Ramesh Prasad Koirala, Ambassador of Nepal to the State of Qatar welcomed the guests and stressed on the significance of the day since it was recently decided in 2015 to celebrate as to mark historic day of promulgation of the Constitution of Nepal by the Constituent Assembly. He conveyed best wishes and warm greetings to the Nepali community in Qatar and all Qatari friends of Nepal.

On the occasion, H.E. Prof. Koirala said the constitution of Nepal guarantees equality, freedom, dignity and human rights of all Nepali citizens and embraces the core values of multi-ethnic, multi-lingual, multi-religious, multi-cultural and geographically diverse characteristics of the country, and promotes a greater participation and inclusion of all sections of society for the promotion of socio-economic and cultural development of Nepal. He said that democratic elections at all three tiers of federal structure have been concluded in 2017 and the government of Nepal, now, remains strongly centered to achieve sustained peace, progress, social justice, economic development and prosperity of Nepali people with a motto of “Prosperous Nepal, Happy Nepali.”.

While recalling bilateral relations between Nepal and the State of Qatar established on 21 January 1977, H.E. Prof. Koirala appreciated the leadership of His Highness Sheikh Tamim bin Hamad Al Thani, the Emir of the State of Qatar and the Government of the State of Qatar for the speedy development of the State of Qatar, including introduction and implementation of worker friendly policy reforms and initiatives together with required institutional mechanisms. He said that Nepal has always been a major attraction for tourists with attractive landscapes, diversified altitudes and major global tourist attractions like the highest peak of the world, Mt. Everest and Lumbini, the birth place of Gautam Buddha. Nepal is one of the most-sought tourism destinations, he added. He highlighted various sectors of investment opportunities in Nepal and encouraged all concerned to invest in Nepal for mutual benefits.

His Excellency Dr. Issa Saad Al-Jafali Al Nuaimi, Minister of Administrative Development, Labour and Social Affairs of the State of Qatar; His Excellency Dr. Ahmad Hassan Al-Hamadi, Secretary General of the Ministry of Foreign Affairs of the State of Qatar; His Excellency Ambassador Ibrahim Yousif Abdullah Fakhro, Chief of Protocol of the State of Qatar, Ambassadors, members of diplomatic community, dignitaries from various organizations in Qatar, Nepali community members and representatives and the Embassy officials and their family members were present during the celebration of the National Day. Display of traditional Nepali items and handicrafts, a draw of two free round-trip ticket to Nepal via Nepal Airlines, and cultural shows were also organized during the programme.

Earlier today, the Embassy of Nepal in Doha organized a flag hoisting ceremony at Embassy premises. Various personalities from Nepali community and Embassy officials were present during the ceremony.

The Embassy of Nepal 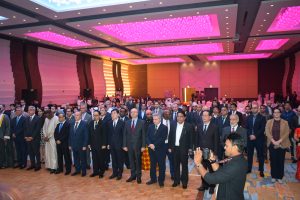 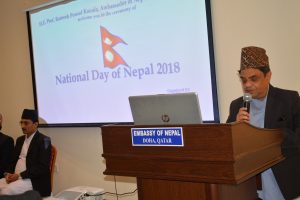 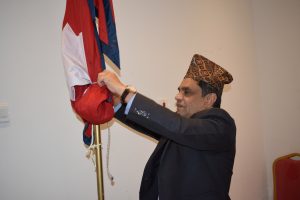 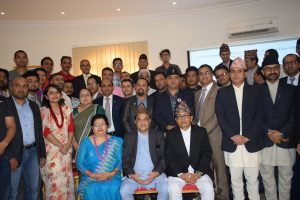 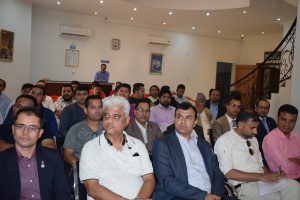 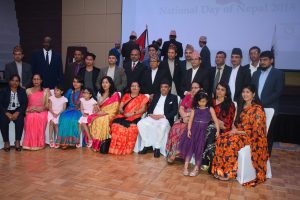 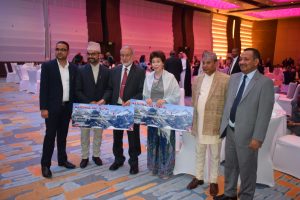 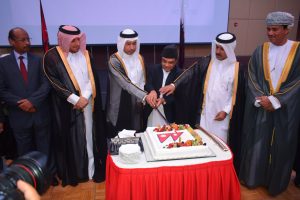 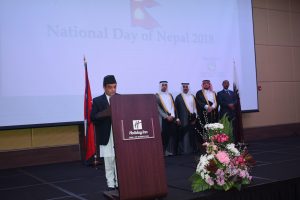